The hardest part right now is the heat.  And the worst is walking to the subway, and waiting on the platform.  The commute wipes me out so bad.  At some point this week I had a flash of an idea: an Ice Vest.  P had told me about them being used by elite distance runners before the race, and I saw the riders in the Tour De France warming up with them on.  The athlete idea is that you warm your legs up, but keep your core temp down (extending endurance performance by 21%).  My idea is that I will not overheat, extending performance by huge physical and thus emotional leaps and bounds.

The vest is made by StaCool.  I wore it this morning for about three hours.  On the way to my psychologists, during the session, on my way back, around the house, and then on the commute to the studio.  It kept me cool the whole time.  By the end, between the melting of the ice packs and the pressure of my backpack on the vest, the back bottom of my shirt got pretty wet.  Maybe related to the pressure of the pack.  Maybe just what happens after 3 hours.  Anyway, it kept me cool.  It worked.  I love it.

Me on the subway this morning, with my new ice vest. 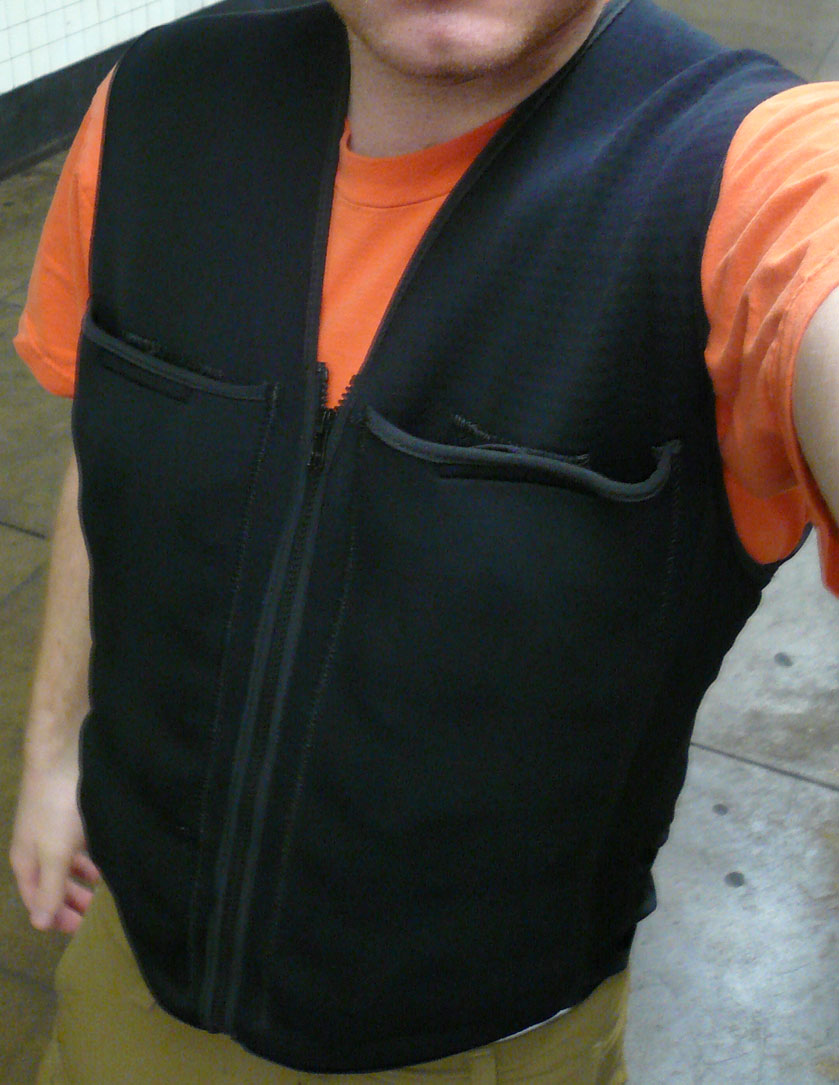 A studio photograph of the same vest looking a bit cooler than mine:

David Millar warming up in an Ice Vest.

Nike’s new PreCool vest, to debut at the Beijing Olympics

I am 30 year old Brooklynite who was diagnosed with Stage III Melanoma in February 2008. I started this blog after the first day of high dose Interferon chemotherapy in June 2008. View all posts by admin

One thought on “My New Ice Vest: I’m kinda like an Olympic Athlete”